An Evening with Mr.Big’s Eric Martin at Summit City 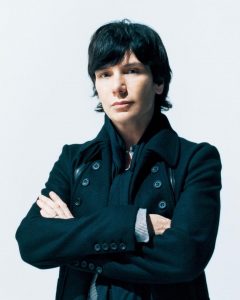 An Evening with Multi Platinum singer Eric Martin of Mr.Big at Summit City in Whitesburg,Ky on Saturday, December 16 from 9pm to 11:30pm!
Tickets on sale today at www.summitcitylounge.com or for select seating at 606-434-8648.

In 1988, Martin teamed up with Billy Sheehan, Pat Torpey, and Paul Gilbert to form Los Angeles supergroup Mr. Big. The band combined "shredding" musicianship with melodic vocal harmonies.The reputations of the players generated immediate interest in fellow musicians, and the band was signed to Atlantic Records in 1989. That year, the band released their eponymous debut, which received critical and commercial success in the US and Japan. In June 1990, the group toured America with the Canadian band Rush.

The group's 1991 release, Lean into It, featured two ballads that established them as a commercial success: "To Be with You" (number one song in 15 countries) and "Just Take My Heart".The album was followed by a British tour in April and May of the same year, supported by bands The Throbs and Heartland.

After another British tour, the band released the Mr. Big Live album in 1992. Mr. Big continued work on a third album as they headlined shows across the U.K. in 1993. In December, the band notably broke away from this run to play as support act for Aerosmith's three-night, sold-out stand at London's Wembley Arena.

In 1993, another ballad from Mr. Big's new album Bump Ahead rose to the top 10 of the charts – a cover of Cat Steven's "Wild World". Although the band was unable to sustain commercial success in the US, their popularity in Japan continued to soar, leading to several Japan-only live albums as Raw Like Sushi I, Raw Like Sushi II, Japandemonium, and Mr. Big in Japan[11]

While in Mr. Big, Martin was also involved in other projects on the side. In 1995, Martin was the vocalist in The Power Rangers Orchestra, which also featured Guns 'N' Roses member Matt Sorum. Their version of "Go Go Power Rangers" was featured in Mighty Morphin Power Rangers: The Movie.

In 1996, Mr. Big released Hey Man, which sold strongly in the Far East.

In 1997, the band released the album Live At Budokan before taking a break from recording and touring.

Martin's third solo album, Somewhere in the Middle, was written during the two-year hiatus from Mr. Big. The CD was completed in 1998 and released in Japan, Southeast Asia, and Europe. Strong Japanese sales prompted a 1998 tour.

While recording their fifth studio album, Paul Gilbert announced his decision to leave the band, and new guitarist, Richie Kotzen was added to the lineup. In 1997, Eric also recorded the song "I Love the Way You Love Me" for the television soundtrack series Mad About You under Atlantic Records, and was also released as a solo track.

The new line-up of Mr. Big released Get Over It on September 1999 in Japan. Get Over It yielded "Superfantastic", a number one hit in Japan that went multi-platinum. It proved to be Atlantic's biggest selling release in that territory. Mr. Big put in a 20-date tour of Japan followed by a rousing New Year's Eve 1999 show with Aerosmith at the Osaka Dome in Osaka. Get Over It was released in the U.S. on March 21, 2000, followed by a short club stint at The Roxy Theater in West Hollywood.

In the summer of 2001, Martin and the rest of Mr. Big released Actual Size in Japan and the rest of Asia. The CD stayed on the charts in the number three spot and "Shine" the first single off the album was number one. The song was also used as the ending theme for the animation series, Hellsing.

Though headed for a breakup, the members of Mr. Big performed a farewell tour of Japan and Asia in 2002 as part of a contract they were obliged to comply with. 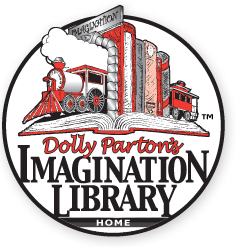